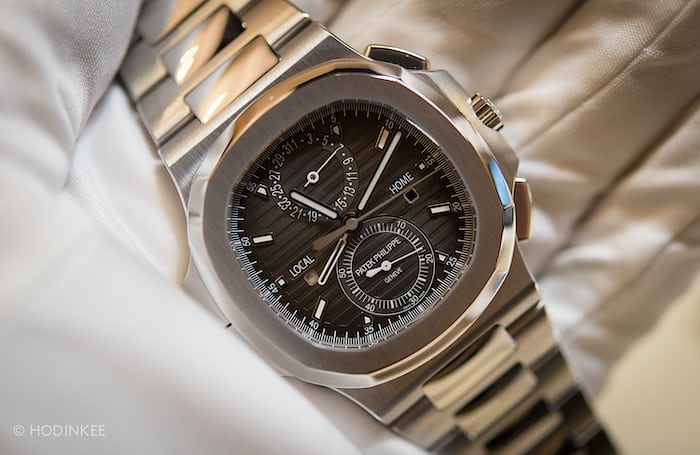 Earlier this week we showed you the first details of the brand new Patek Philippe 5990A, which is the new Nautilus chronograph with travel time functionality. Now we’re back to show you the photos from when we went hands-on with this supremely functional and incredibly slick modern Nautilus. Here are your live pictures and details. 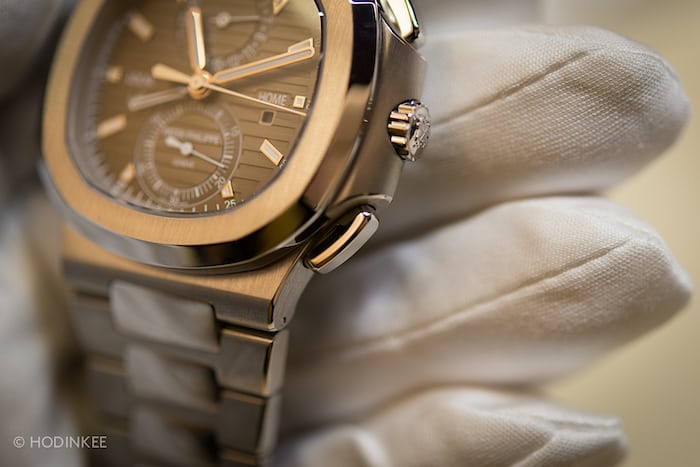 I’ll begin by saying the 5980 was never my favorite Patek. It was nice, sure, and one of the few great in-house self-winding chronograph movements on the planet, but I just couldn’t get into it. I’m not sure why exactly, perhaps it was my vintage snobbery after (at one point) owning an original Nautilus Reference 3700 – it just didn’t have the same sleekness on the wrist. Obviously, how could it? It’s a modern, water-resistant chronograph, instead of a 40-year-old, time-only guy. 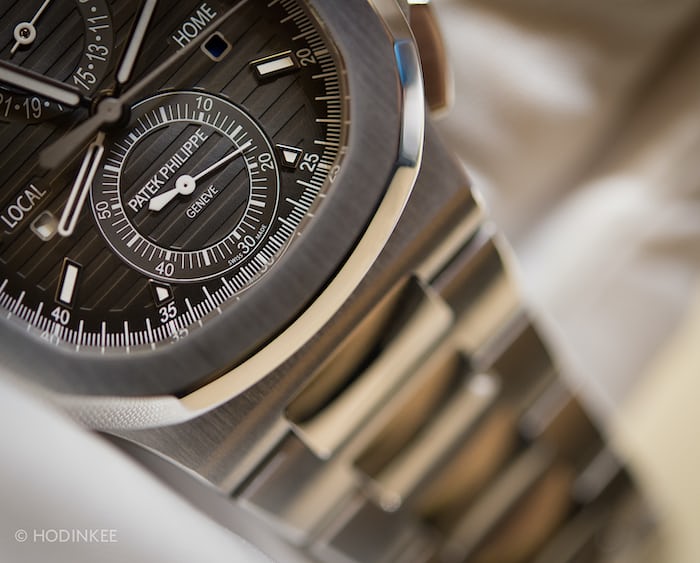 The 5990 though really has me thinking, however. We have everything great about the 5980, but with even more functionality (a second timezone function – something I certainly appreciate), and one of the sleeker designs in modern Patek history. 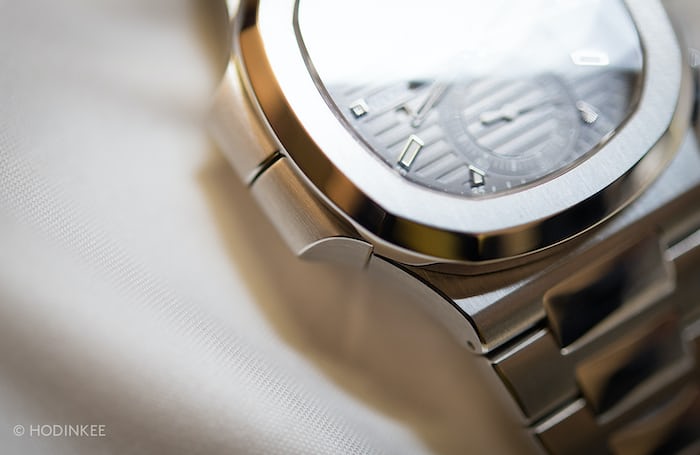 You see the left side of the case? Where you’d normally have the top half of the multi-part case that juts out, you actually have to two expertly concealed pushers. These pushers control the second timezone hand – the top button advances the hand, the bottom brings it back. But what makes this so interesting is that these buttons look as though they are really part of the original Nautilus case design, unlike say what you see on the 5164A I looked at here, where the buttons are clearly afterthoughts to the Aquanaut case design. 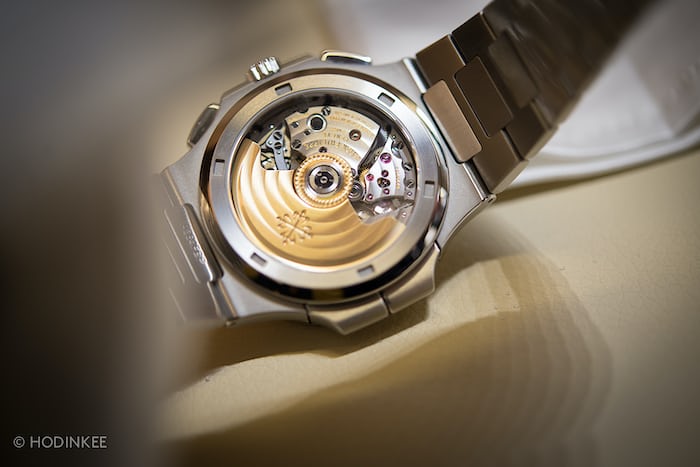 Inside you have the new Caliber CH 28-520 C FUS, which integrates the great self-winding chronograph with the dual-time module previously seen in the Aquanaut mentioned above. It is a 31mm movement consisting of 370 components, with a power reserve of at least 45 hours. 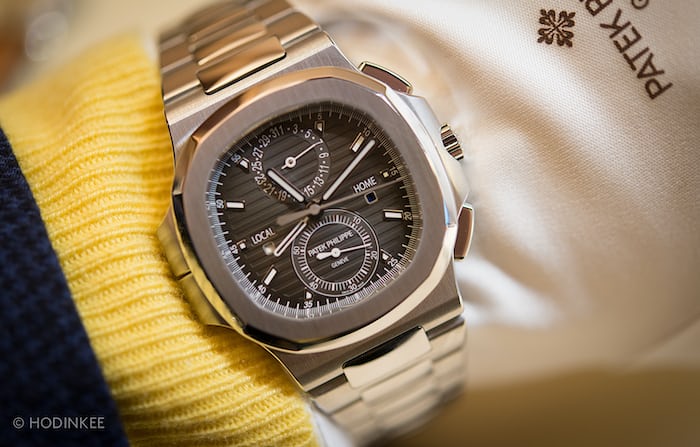 On the wrist, the 5990 is not as thick as one might imagine – the caliber itself is less than 7mm thick, and it retains a water resistance of 120 meters. Overall, the new 5990A is a great successor to the now discontinued 5980A, combining two of the most useful complications in a well conceived case design that does not depart from 1976 Nautilus DNA in the least. Price is $57,300.

This post was first published by HODINKEE : Hands-On The Patek Philippe Nautilus Chronograph Travel Time 5990A Thank you very much !