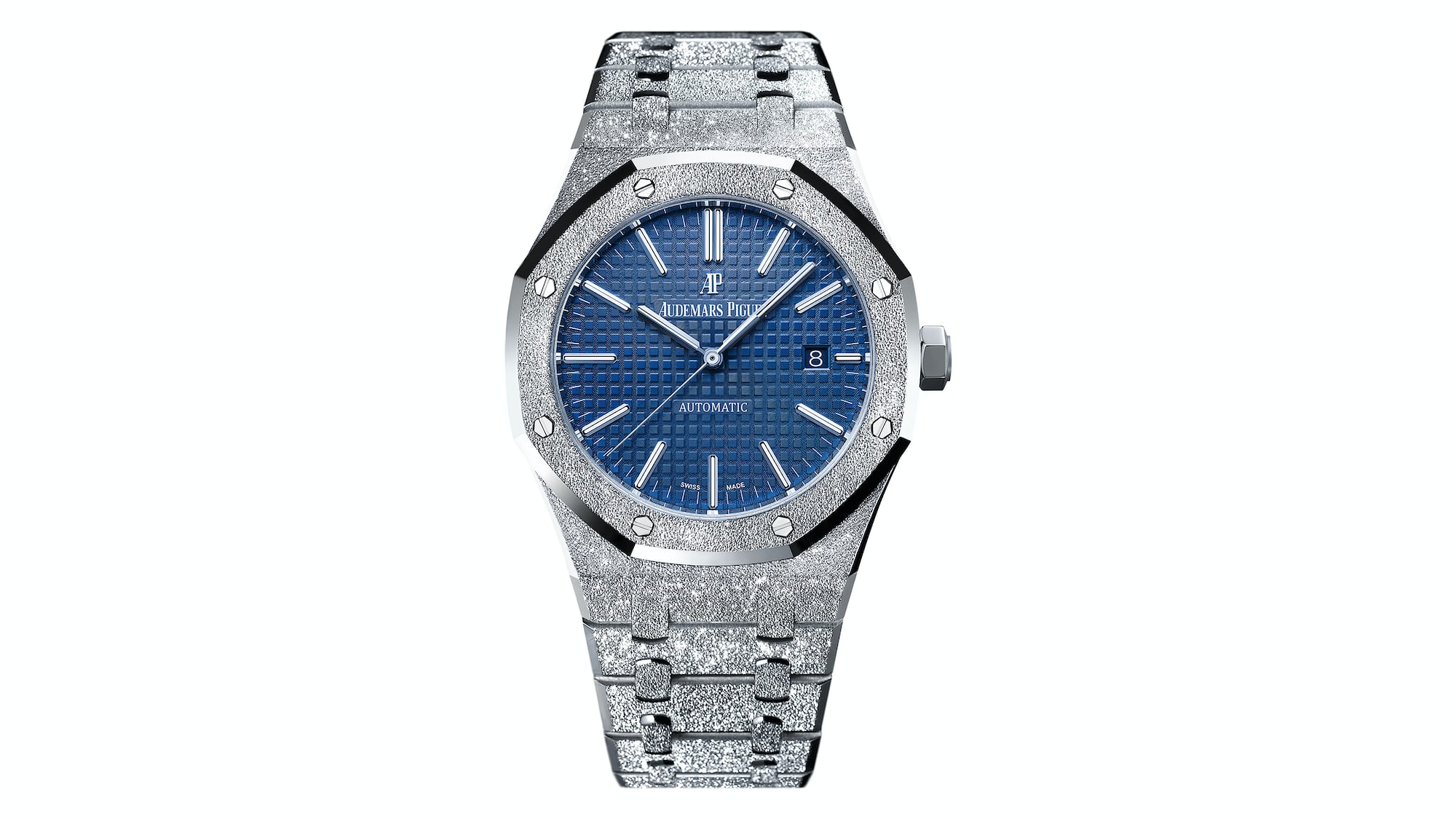 Today I introduce to you the Royal Oak Frosted Gold in 41mm.

If you are anything like me, I know you have been dreaming of this since my last Hands On with the 33mm and 37mm Royal Oak Frosted Gold in rose and white gold.

Well, now the iconic manufacture has released a limited edition version of this sparkly number in 41mm for those of you looking for size and sizzle.

The Royal Oak Frosted Gold was originally introduced at SIHH 2017.

It is produced by a hammering technique utilized by Florentine jeweler, Carolina Bucci, that “frosts” the gold prior to assembly; the technique involves striking the gold surface repeatedly with a diamond-tipped tool, which leaves faceted impressions on the surface.

First, debuted in white and rose gold, in 33m and 37mm sized cases, with a quartz movement and the automatic caliber 3120, respectively.

Additionally to the smaller versions, we saw one larger version on the wrist of Audemars Piguet’s CEO, Francois-Henry Bennahmias, which was clearly a prototype.

Now the 41mm version can be yours. It comes in white gold only, and has a blue tapisserie dial.

It’s powered by the automatic caliber 3120 movement (same as the 37mm version).

It is a limited edition with 200 pieces, so if you’re feeling fancy, you had better act fast.

This model is priced at $55,000; check out the Frosted Gold models, as well as a video from AP showing the actual process and case and bracelet assembly, at audemarspiguet.com.

This articles was first published in Hodinkee :  Introducing The Audemars Piguet Royal Oak Frosted Gold In 41mm (Finally) by CARA BARRETT , on OCTOBER 6, 2017  | Thank you very much !